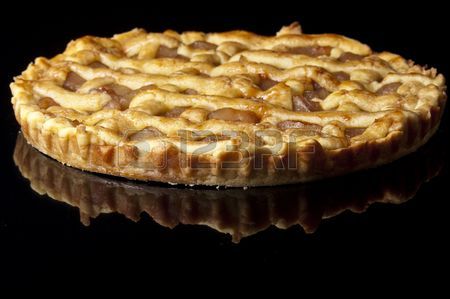 The economy is a lot like a pie. People think that they know all about pies but they don’t really understand the recipe, just how it tastes.

Imagine a cocktail party. Everyone is there and in the center of the room is a big blueberry pie on a plate. Everyone is talking about the pie. Some people have had some before and others talk about how great it will be to eat some.

Just then, the doorbell rings unexpectedly and they all rush out into the corridor to see what’s going on. Some people have turned up uninvited to the party and want to come in. The party goers are furious; “There’s not enough PIE! You can’t come in!”

The newcomers say they don’t want to go back outside because it’s raining and an argument entails.

Meanwhile, Bertha who weighs 400lb and has to have her clothes from a mail order company that specializes in clothes for “people like her” walks past the room and sees the delicious pie on the plate. What she notices, that nobody else has because they are all arguing in the corridor, is that the pie has started growing. Bertha knows all about pies, she’s been eating them all her life, she thinks if she eats a little bit, nobody will notice because it is still growing, therefore, everyone can eat pie.

She doesn’t realize how delicious the pie is though and once she starts she ends up eating the whole thing.

Maybe no one will notice, or maybe the hosts will just bake more pies. She doesn’t want to stick around so she runs into the garden.

Out in the corridor, an agreement has been reached. The newcomers can come to the party but under no circumstances are they allowed any pie. In fact, they should be so grateful to be allowed in they should collect glasses and empty ashtrays for everyone else. “Well, we have to look after our own,” they say to each other.

When they go back into the room they notice all the pie is gone and start arguing about whose fault it was.

Bertha meanwhile is out in the garden being sick. Maybe it was too much pie but she is also anxious because she knows she will never have any friends back in the party. Her phone rings. It’s her friend Paul. He tells her that there is another party down the street and he heard they may even have pie.