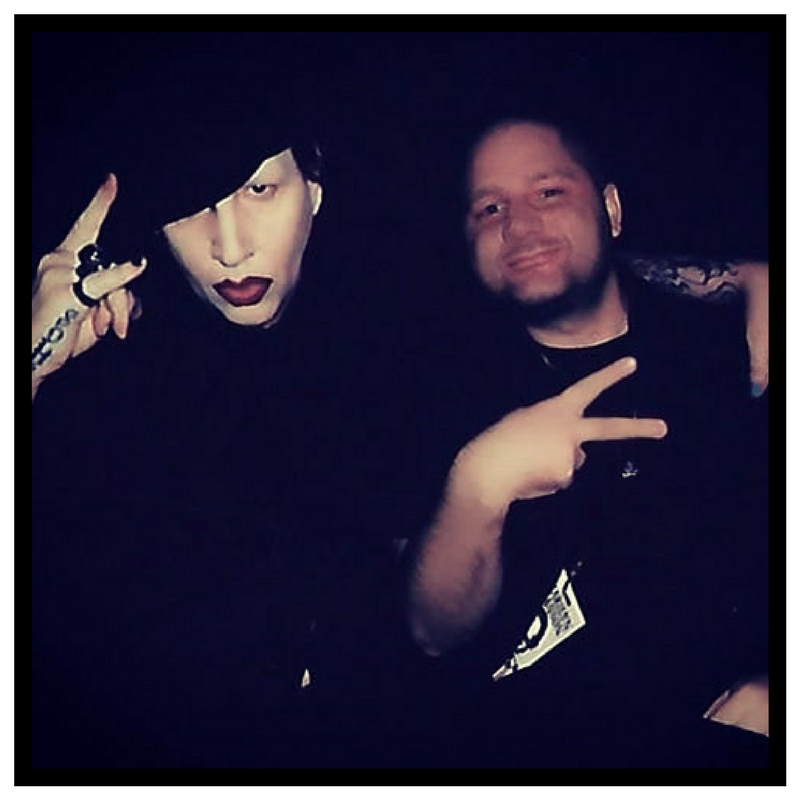 Friday night I went to see Marilyn Manson at Newport Centre. I had the VIP ticket so I got to meet him before the show. He was such a gentleman which you probably wouldn’t expect. I went to shake his hand but he gave me a big bear hug instead. I sat down next to him and joked that he had made us wait for ages. I said “What have you been doing all day?” to which he replied that he had been “drinking and fucking”. I made a sweeping gesture at the table in front of us saying “You have all this booze here and you haven’t even offered me any.” He laughed and said “Here. Have my beer”. (I still have the empty can now – I’m such a fanboy).

I told him I had bought gifts for him but had left them in the back of a taxi. He asked what they were to which I answered they were cat bowls for his cats with their names on them. He didn’t seem overly impressed to be honest. haha.

His PR rep took a photo of us and Manson signed it for me. I wish I could have spent longer with him. He was so easy to talk to.

The show itself was amazing. I had heard off people that he wasn’t any good anymore. That he gets drunk and forgets the words etc. But I thought he was brilliant that night. He still has “it” in my opinion. Maybe he was sober because I stole his beer. haha