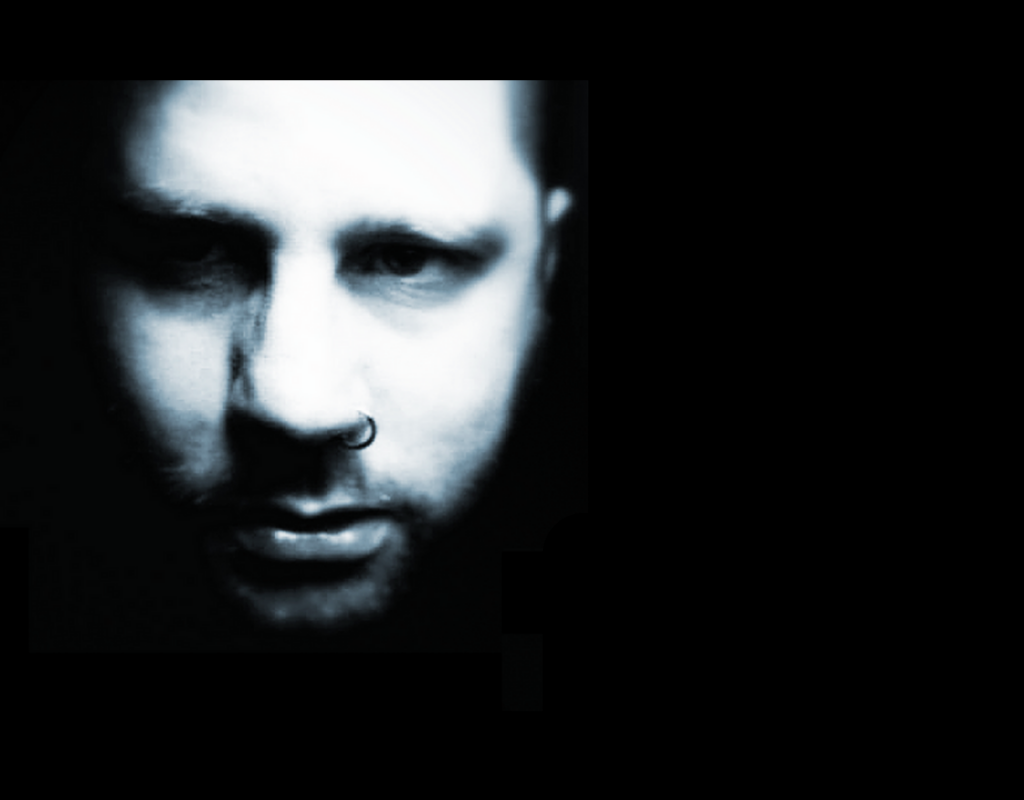 During my early 20’s I developed the idea behind the concept further, adding deeper elements as I wrote some of the songs that would later feature on the finished album. However during this period I was a heavy user of drugs and alcohol. I only recorded one song, partly because I couldnt afford to as all my money went on drugs, and also because I just had no motivation, no drive.

Eventually my drug use affected my mental health so badly I was sent to a psychiatric hospital for 5 years. My life was in pieces and yet again the reality of “The Pornographer” was playing out again. I was locked in a hospital ward, my only contact with my friends was through Facebook in the very brief moments I was allowed out. My friends were having a blast yet here I was in the most desperate situation I had ever faced. I hated that hospital. However, the album began to take shape in my mind and I knew what I wanted it to sound like. I was moving further towards electronic sounding music, yet I still loved the sound of a distorted guitar. I like using them together.

After being released from the Hospital I soon developed a bowel disease called Ulcerative Colitis. The bowel literally falls apart and you end up shitting it out. That wasn’t fun. I had to have emergency surgery and it took many months to recover. But while I was recovering I realised life is so short and none of us are guaranteed a long, healthy life. I knew I had to record this record. What follows is a brief description of what the album actually means…

Dead In My Head is a phrase I use several times on the album. It refers to voices in my head. How dead my soul had become and how I longed to silence them once and for all. The laughing sample represents the ridicule I faced when I first developed Schizophrenia. “I even went to God to get my answers.” He enjoyed ignoring me I think.

Emancipation was an attempt at humour. How shallow and shitty the gay scene is. The bigger your dick the more of a celebrity you are it would seem. I wouldn’t know though, haha,  I just wanted to escape it. But looking at some of my relationships I was such a “faggot” who always ended up with guys who cheated on me and felt no shame in this. Hence I screamed: “You’re such a WHORE!”

You’re So Full Of Shit is about my time recovering from surgery. I was literally full of shit, but so were all the people around me (figuratively). My doctor pretty much brushed off my illness as trivial. He probably thought I was a drama queen, but my mum insisted I go to A&E which ultimately saved my life. I led in the hospital bed and I had no idea how I was ever going to get through that.

You is inspired a lot by the punk movement, yet it is also about my search for a partner who shares my values, my sense of humour, and is able to think independently.

I Want The Animals Dead returns to the topic of voices in my head, this time, however, I have identified them as “animals”. A lot of my friends assumed I was talking about cats and dogs, as though I’m some sort of sadist who enjoys torturing animals. haha. Not quite. I have some compassion even though most people don’t deserve it. 🙂

Need To Talk To Katie is about trying to score drugs. The desperation of needing a fix but Katie (as she is known) is nowhere to be seen.

Romance Is Dead was written quite late in the project. I was torn between two men at the time. One of them wanted no strings sex and the other liked having me around (strings) but didn’t really want to treat me right. Incidentally I didn’t end up in a relationship with either of them but we are all still friends. But all I knew from the experience was that I wanted to settle down while most gay men I have met like fast love a lot more. But its not something I despair at. My life is good without romance.

The Pornographer – the title track pretty much sums up being stuck in that psychiatric hospital. Stuck in my room alone; mainly my own doing because I didn’t want to spend time with anyone there. I had got into deep trouble “fell in the well” wishing I could escape my cell. But I tried to keep my integrity and ignored most of them while I was there. I’m glad it’s over now.

Lose Your Mind pretty much describes how I felt with mental health problems and the conclusion I finally came to: This is forever.

Your Way Stings was the first song I wrote for this project. Back in 1998 if I remember rightly. It was originally meant to be an acoustic track but I wanted to change it for the album so now it is very electronic. It was a love song about a guy I was a little obsessed with at the time. An unhealthy obsession if I’m honest. But the experience taught me that men are cunts. Once I accepted this I got on with them much better. 🙂